Proper glute activation and hip function has become a big topic of interest for me over the years. Enough to earn some clever nicknames on the gym floor. The call to action on hip function seems to have increased considerably over the years as we have become more and more aware of how vital healthy hips are for any type of training population. Whether it be rehabilitating injuries, relieving/eliminating chronic pain, or overcoming performance barriers a lot can be said for hips that can function and glutes that can effectively fire. Too much for one article. Fortunately it is a subject that has growing validity as there are some great coaches and writers sharing their information and insights into the subject. I now find myself explaining my methods on the gym floor as I have become the resident AssMan in my workplace. 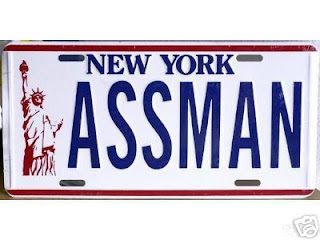 I have had the chance to work with good friend and fellow trainer John Rogers over the past few weeks and he was kind enough to let me document some of his workout geared toward his hip function. To give you a brief rundown on John, the guy is no slouch. He is an avid weightlifter and kettlebell enthusiast with some impressive olympic lifts as well as some great squat and deadlift numbers. He is also a former volleyball player who had suffered some ankle injuries in the past and as a result has relied a lot on his quads, hamstrings, and erectors in his big lifts and feels his glutes are being underutilized. Otherwise he moves quite well and moves some weight. Rather than injury prevention, the question to be asked is for a guy who is already well groomed with his lifts and has some impressive strength in his arsenal is what is the potential for progression if he did have full cooperation from the glutes? There are some key points that I do focus on with John and his programming. While he is his own unique case, a lot of these points can be applied to a lot of different training populations in order to get the most out of your back end.

There are numerous movements geared toward restoring movement of the ankle and hip. The reason why I like this one is that it covers a lot of ground at one time. You get some great dorsiflexion of the foot which allows for an increased range in the plantar fascia and the calves for the ankle and everything else moving upward. The lateral shift of the hip as well as the slight rotation also brings length to the lateral line of the leg from ankle to hip which is also a big asset. Particularly in this case where there is a history of ankle rolling.

One of the most common side effects of a lack of hip and ankle mobility that I see is the inability to properly extend the hip. What tends to happen if the mobility and tissue length is not present is the extension of the knee often puts an end to the movement prematurely without the glute being able to do its job at the end point of a lift. Instead the quads and low back are the big movers that get overloaded in the lift. In John's lift, extension of the hip is the primary goal here as the hip is meant to start and finish each repetition. Believe it or not, the weighted hand also plays a huge role in the success of this lift as a tight grip particularly with the smaller digits allow a packed shoulder and extended t-spine. This helps bring the load to the moving glute rather than overloading the QL's in the low back.

This is a big one as internal rotation is extremely common in the 21st century hip and shoulder. In John's case his foot strike can take the blame as the outside of the foot is the main point of contact for him. The wide stance chop works well in his case as it puts that behavior in reverse. In this clip it is the right foot and right hand that are the key points of contact for his movement. The right hip once again starts and finishes the movement and as you can see it is not about the reach, it is about the external rotation and glute activation on the right side that finishes his movement.

Feel It Before You Deal It

While there is some mechanical strategy behind this concept it is the brain and nervous system that is the driving force behind not only this clip but everything mentioned above. While it is a mechanical topic that we are covering it is just as important to address the behavioral patterning behind hip function. The lateral step has become my go to for this idea. While you may not see it what I am doing with John here is using the ground force between his right foot and the box to have him feel what he needs to feel before he executes. In this case the whole foot will be striking but we are looking for enough heel strike to charge up the glute/hamstring and enough mid fot/big toe strike to activate the VMO in order to finish the step. This has a big impact on the outcome of the step because we know that if he is shaky at the finish the VMO and glute are not working in harmony. If he is rock solid, then we are onto something. This concept will be the perfect showcase of the importance of proper movement of the ankle and hip.

The result? John had some sore glutes as well as a squat that felt much more secure by using some lighter resisted well thought out movement targeting the hips and glutes. In his case it may be humbling. In other cases it may be challenging. What can be said for both cases is that it can be a major asset to either type of programming whether it be a novice exerciser or a case of the strong getting stronger.