Beat To Your Own Drum. Powering Self Preference In Fitness Programming

I have always been cursed with the inability to follow thorough instruction. Following a set in stone learning criteria got me through school with modest grades to show for it. Finishing school was highly motivated by reluctantly following instructions in the various part time jobs that I took on while studying. Presently I have become the prototypical male who dives into tasks without taking a hard look at instructions which explains a lot about my questionable tech savviness as well as my refusal to shop at IKEA. 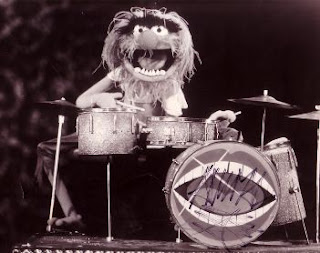 My training followed a similar fate over the past number of years. Early on it would be a reliance on following structured workouts but more often than not the faithful following of these programs would fizzle. It certainly wasn't a case of inconsistency but I would say that it came down to following my own interests and curiosity in the gym. I look at this time as the time where being in the gym became the fixation that it has become. Truth is, I don't think a lot of us enjoy being told what to do and I have to look at over delegation of exercise as a consistency and clarity killer. For the people that I work with, it has become the direction of exercise that has become my mantra rather than the dictation of it. No longer is there an overemphasis on what to do. It has become what to feel, what to expect, and most importantly how it is being executed. I really do believe that in order to make your time in the gym a tireless pursuit rather than a daily chore, it is essential to implement an element of non conformity as well as maximizing the use of your own self preference. When it comes down to it, nobody knows your body better than you and the gym in my eyes is the best possible place to enhance that relationship. For that reason, I believe that there is an unwritten protocol to follow when in the gym that you would not normally get out of conventional program design. The ability to not only follow exercise, but develop the understanding of what you are putting yourself through and being able to filter the validity of everything that you put yourself through in order to find specifically what works for you.

Rather than worrying about the numerical expectations of what I am prescribing, a lot of my focus has shifted toward the direction of exercise. While sets, reps, and rest are still a part of the agenda, my bigger focus has been geared toward how it is done. This has brought a whole new element of engagement to training as one of the biggest weapons is the ability to enhance kinetic awareness of the task in front of someone. This has been valuable to me as a lift becomes a game of focus rather than worrying about when the set is finished. This often keeps me quite busy in a session as there are numerous elements to a lift that can be cued. The beauty of it as well is that there is noticeable progression made even within one workout based on the idea that someone has unlocked a new sense of kinetic awareness that would have otherwise gone unnoticed if traditional rep counting was the foundation of a workout.

Self Preference Is Fueled By Self Assessment

Assessment is a staple of any exercise program. What I can say about assessing however is that it is an ongoing process, not just an indicator of progress from beginning to end. Every single repetition executed is telling you something about the way your body is handling an exercise. When it comes to establishing your own exercise belief systems, it is essential to continually listen to what your body is telling you. From that you will be able to draw up the answers that you will be looking for when it comes to what works for you.

As self preference evolves, so will a greater understanding of what type of exercise is meant for you and what isn't. Results are important, but they are tough to achieve without enjoying what you are doing. Strengthening your self preference will give you the opportunity to draw out your own programming from a wide variety of exercise and narrow it down to what is effective and enjoyable to you.

A Hierarchy Of Results

Training puts you into a situation where you are dealing with numerous people with numerous expectations. For a lot of people stepping into the gym is often perceived as an obligation. More often than not, the greater the expectation the tougher it is to stay true to a training program. What I enjoy about teaching self preference is that it brings greater awareness to the idea that progress is being made. For someone who is looking for fat loss, I can very easily prescribe what I would consider an ideal fat loss workout. But in the case of an example like fat loss, I would rather see an individual be able to aproach a workout with an ambition to focus rather than have someone worry about the metabolic onslaught that is about to be put onto them. I stick to this because I believe no matter what the goal is, it is the idea of consistency, awareness, and easily recognized progression that will make the most of your time in the gym. This to me is important, because I believe it is what is being done with the hour in the gym is the ultimate influence on what goes on with the other twenty three hours of the day when it comes to attacking the big picture goal.

Non conformity is a topic that I am hearing about more and more often as the behaviour shift is leaning more and more toward thinking for yourself when it comes to work, finances, keeping up with the Jones', and life itself. Fitness is no different. The ability to develop the understanding of identifying what works for you vs. copying and pasting what has worked for somebody else will set you apart from the population that just can't seem to figure it out. Create your own success story rather than following the endless ride on the success of somebody else.