Three, Oh It's A Magic Number

There is something oddly special about what a May trip to Kansas City does to the human brain but the accumulation of great information, great people and great times overall. A place where "coregasms" can be both brought up laughingly and discussed logically could very well have something to do with it.

Add to it a day in the air where it is just a man, a pen and paper and an overstimulated brain running wild and things get productive, creative and just plain wierd (may also have had something to do with the good times).

Quite shocking sometimes what comes up and this scenario would be no different. But in the midst of looking back on all the good memories of an incredible summit there was a point where I decided to travel back further in time and the outcome ultimately turned into me having a song stuck in my head for the rest of the flight.

At least it was a good one because more often than not it is some overkilled Pink track or Zoot Zoot Riot as a result of daily overkilled health club music loops. This was actually a real feel good track that came from one of my favorite Saturday morning cartoons growing up only to be covered by one of my favorite bands growing up. Still brings a smile to my face.

Pair my short spans of misplaced sanity with a much more down to earth post summit processing way of thinking and it suddenly dawned on me that the magic of three has a pivotal place in training concept.

Explained very well by training neighbor in Edmonton Dean Somerset, the tripod concept is something well worth drilling into your head if you are seeking better stability in the foot, mobility in the ankle and in the grand scheme of things anything that requires the foot to strike the ground in order to produce force. 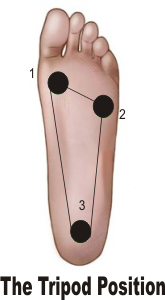 I will be the first to admit that I do not pursue it with the same aggression or frequency that I used to but strength training for me is still where I feel the most at home and three rep sets have always been where I feel I can get things done well.

Three rep sets have also become a staple for a lot of my clients looking to develop strength. Of course the 1RM is the norm of strength testing but for those who are apprehensive of the risk/reward or those who want to get strong but don't regularly engage in max squat conversations with their families at the dinner table then three is where it's at for me.

If there is anything that I can reflect on the past few years and say that I am proud of is that I was asked to help out in what I consider very cool training environments that have been both high output and high fulfillment.

One of the key factors being the diversity.

Everything from hip replacements, people with MS, physique athletes, cancer survivors, NHL linesmen, musicians, college baseball players, and people who flat out like to train.

While the diversity has provided a lot of fun and specific learning curves along the way, it has also reinforced a very key point that often gets overlooked within the context of specifics.

We are training human beings. And when you train human beings for a living you will notice certain aspects of mechanics that need to be addressed with specific loads, volumes, and exercises but addressed universally nonetheless.

For me, one of those key universal aspects is making the most of the trifecta of the hips, abdomen, and thoracic spine. For some it could come in the form of breathing, for others it could come in the form of mobilization/stabilization, strength, or hypertrophy. Regardless of the goal, your ability to hack into these big three both individually as well as a unit will have profound effects on your desired outcome.

One of my favorite ways to make the most of the hip, abdomen, t-spine trifecta also lies in the number of three. Whether open or closed chain, engaging in three points of contact with the hands and feet provides some very good corners for the sides you are looking to strengthen.

You can call it whatever you would like to call it but for the sake of justifying the title of this paragraph lets call it triangulation. To put it simply, for the sake of hip, trunk, scapular strength and stabilization, rotary, and antirotary strength this stuff is good stuff as it can be prescribed specifically and applied universally.

Windmill from Move Improve on Vimeo.

And this concludes my case for the number three. What started out as a song burned in my brain on a flight back from Kansas City evolved into too way more cartoon watching on YouTube than a grown man should go through in a week and then into this. 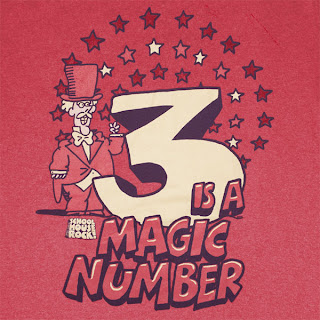 Good things come with three in the equation
For strength, stability, and anti rotation
Remember that answers can come from right braining
And good ones exist outside of just training