From Russia With Love

I've been very fortunate to work with and learn from some incredible minds in the fields of fitness, training, and strength and conditioning.

It goes beyond that however as I believe that the message is much more profound than what their title showcases. There are people in this business who live and love what they do. It is work and very hard work at that but rarely is there a day when it feels like it. Their ability to train, educate, and coach is producing change in health, well being, performance, and outlook beyond people's wildest expectations.

Most imporatntly they are re-invigorating a component of wealth that has been overlooked for quite some time. The idea that health, performance, and education are a currency in their own right and that it is something that provides a payout that no investment strategy will ever be able to touch as long as we are on this planet.

I had the good fortune of being interviewed by one of these people this week. You can get it here.

I've known Sean Guevremont for a number of years and had the pleasure of working with him for a good part of it.

As exciting as it is to be interviewed by another top notch coach I felt like getting his insights was something that had to be done considering I look at his story as something more interesting than mine.

Sean has been spending the season with the Lokomotiv Yaroslavl of the Kontinental Hockey League in Russia as their strength and conditioning coach. A very well respected title in the strength and conditioning community but a position that has required him to pack up and bust his ass in a completely different culture, language, and location. Not to mention spending a substantial amount of time away from his friends, clients, family, and his wife (read her post on his blog and you will see that she is a cool ass wife).

What is really amazing about the whole thing is that he is a part of a coaching staff that is rebuilding from unimaginable tragedy after last year's plane crash that claimed the lives of the entire team and coaching staff.

For that reason I am extremely humbled that he had asked me to be a part of his website and compelled to share his story.

So here we go. 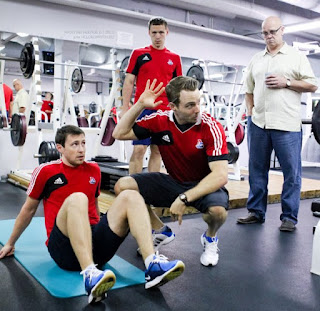 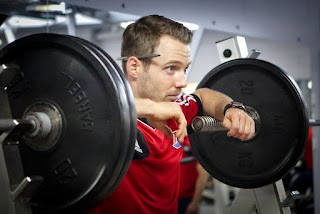 JA
What's next?
That’s up to my wife…Lol. No but in all seriousness, I want to continue to focus on the rest of the season, make sure that we do everything we can to reach our goals and then re-evaluate after that.
I do however love the sun, so if anyone in California is reading this and has an opportunity I am all ears.
JA
You took on a position within an organization that has experienced tragedy beyond recognition. How is it being part of a fresh start within Yaroslavl and what is the culture like moving forward?
SG
Whenever I am having a bad day I just think about what I am doing and why it is important that I bring my best effort everyday. Yaroslavl and it’s fans live and breathe hockey, the atmosphere in the rink and on the streets on game day is electric, I know that re-building this team is important to each and everyone of them and I am so grateful and humbled to be apart of this. This is something that I will remember forever.
Big thanks to Sean for taking some time to answer some questions. You can catch more of him on his website. Not to mention this is a name that I am sure you will be seeing more of in the very near future.