I'll be the first to tell you that nutrition is a tough one for me. I do study it, I do discuss it, I occasionally write about it, but to say I know it would be a stretch of my imagination.

Add to it the fact that no matter how deep into it you can really get you will often end up obeying answers such as "yes, but", "well it depends", and "there are few ideal situations". Lesson 1, get friendly with these answers.

Personally, I can say that my own let downs with nutrition comes in both interpreting as well as expressing not what I would call bad advice but rather incomplete advice. More often than not this advice coming from those two words that I've learned to love to hate.

If those of you reading this were to close your eyes and visualize what a dinner table full of poor eating choices that we would be able to share some commonalities.

Would you expect the same outcome when visualizing clean eating?

Personally, most of the mistakes that I have made over the years have been a direct result of this skewed visualization and the beliefs that came with them.

It started while growing up and I was very lucky to grow up with parents who were conscious eaters. It just so happened at the time that clean eating consisted of low fat, grains, and plant based foods. It worked fairly well but when it was time to start building upon my alien like frame at the time, I wanted protein.

When I became old enough to make my own purchases and decisions my clean eating mindset gravitated toward a lot of low carb, Paleo type eating where once again the bubble began to burst not because of clean eating itself but my misinformed interpretation of it. Bodybuilding precontest diets worked but it was miserable. General low carb high proein high fat diets also worked when it came to getting lean but once again where my output was high in my work and my lifts, I began to wear down and eventually got to a point where GAINING bodyfat became a necessary and difficult task.

However, with mistakes come lessons learned and I have learned this.

But that's my story. And the problem with my story is that my story is not your story and if I had to end this post with one piece of advice it would be get to know your story don't just skim through the pages of it.

I am no nutritionist but being a trainer does teach you that the paths aren't all that different. It is skill acquisition and for me these were some of the skills that I suggest acquiring.

It's Not Just In The Kitchen 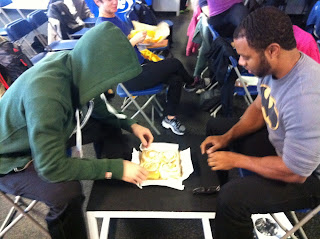 This photo teaches both a valuable lesson and a lesson that a few short years ago my path to purity as a fitness professional taught me to ignore.

Here we have Andy Morgan, Rog Law, and four Cinnabons about to face a very fast and very ugly demise. While ignorance would have once led me to a question of how dare you trainers do this to yourselves I now look at this photo and realize that there is a lot to learn from these guys.

Both Rog and Andy coincidently both are both successful trainers in the gym and on the web particularly with people looking to achieve a smoking body because I believe they are on the leading edge of how fat loss should be coached for most people. Add to that they both posess the physiques of dudes who just killed a boar with their bare hands rather than a bunch of baked goods from the mall.

Because they are balanced. Their physique success is a balance of high professional output, training hard, eating well, supplementing accordingly, and constantly improving their overall lifestyle. They have also put the time in to know what they can get away with. Impromptu cinnamon bun crushing between amigos from different continents does not happen every day. Not to mention their routine of the everyday can wipe the slate clean very efficiently for that reason. At least I don't think it happens every day.

For that reason I believe that for a lot of us it really does not need to be all that sacrificial when it is integrative.

Rather than focusing only on what to lose in your situation in order to get to your goals, I suggest taking a good look at what is already missing.

Yes I have made my dietary mistakes but I have learned a lot from them. The golden lesson being that I understand why belief systems with nutrition become mainstream. They have worked for somebody at some time. Even with my own mistakes there was a lot of positivity that had initially fueled my nutrition decision making. There were key factors in each that remain universal.

I would consider these three to be the staple of any long term positive dietary changes. Fat and carbohydrate consumption and how much you draw from each would be based on the desired outcome.

Nutrition troubleshooting for me was a lesson in acquiring some new ideas, but more than anything it was reiterating what I had already known without overcomplicating it.

Make Your Own Rules

I am a firm believer in the idea that when I am about to train a client I have a plan in place but that plan can change profoundly depending on what went down for that person every minute leading up to that session.

What I am still trying to figure out is why I would not have adopted the same system of beliefs when it comes to nutrition. If training provides the best outcome when it is not standardized, why would nutrition be any different?

I just can't play by those rules anymore nor can I express them. I have tried the frequency thing and based on my day four of those six meals occurred while I was working. The problem for me is four of those six meals occur while I am working and moving around all day with four meals getting digested at a pace of a Canadian emergency room visit is not a great feeling.

Like fitness, I now believe that nutrition requires an element of self preference in order to get things figured out. Eat when the time is right for you, eat what is required of you and you can call it a good day.

Food Is A Hell Of A Drug

It is a performance enhancer at the same time can be a performance inhibitor. It is an antidepressant, hormone regulator/deregulator and stress outlet. It is something that can be wildly addictive and can also be stripped down from its purest form for the sake of profit. It can be hard to live with but in the grand scheme of things we cannot live without it. 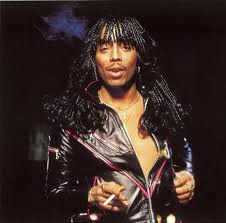 The question is what side of the trip do you want to be on when it comes to what you're taking, where you're getting it from, and how much you are consuming?

BE A CONSUMER! Not just a consumer

The best nutrition advice I have ever received actually came from a Political Science professor and that lesson being that as people with purchasing power, we have a lot more infuence on our food options than we give ourselves recognition for.

Food production has not exactly had a squeaky clean reuptation these days as the organic/conventional, processed/unprocessed, GMO/non GMO debates continue to heat up.

I know there is a push to bring more transparency into food production but the power is ultimately in your hands as a the person with the purchasing power. We have rights as consumers but with rights comes responsibility and that responsibility requires that you do your homework and know where your hard earned dollars are going.

You don't like conventional production? Buy organic or go visit your local farmer's market and purchase what's in season. Or grow it. It may require some homework and some consciousness but what you ring through at the check out has a profound butterfly effect on what gets produced and how it gets produced.

A Side Of Truth

Exercise will always be the winner when it comes to what fascinates me in the fitness industry but there are certainly carry overs.

Like training, I believe that it does not only boil down to what is being programmed but what goes on during the process of improvement. It requires changes in behaviour, it requires consistency, it requires education and it requires getting to know yourself a little better.

It takes time, and it can be frustrating but it all serves a higher purpose and it is a purpose that you, your family, your performance, and your planet will not regret.