The Anatomy Of Completion

Result is a powerful word in training. It is the ability to produce a desired result is ultimately what determines my livelihood so naturally figuring out how to produce the best result possible is something that takes up a lot of attention.

If there is anything that I can say about result is that it is certainly something in fitness that we over think, over complicate, and quite frankly I believe that the general perception of result is over rated.

Not to say that incredible results do not happen nor would I take anything away from anyone currently pursuing or achieving great results from their efforts. I think we just need to re-wire the way that we think about them.

I get the chance to discuss the topic a lot. Fortunately I have some extremely bright people around me day in and day out who are able to weigh in on the subject as well. People who have experienced success through creativity, through their profession, through their personal lives, and through their well being.

The consensus? It all follows the same formula. It is only the factors that vary.

So whether you are looking to make magic, music, money, or muscles the path to getting it done follows a very similar anatomy.

I've said it before but I don't enjoy before and after shots. Not to take away from the efforts that are required to get to the after but that's just the point. They just don't showcase the anatomy of a transformation as there is a lot more to it than taking a before shot and showing up in shape three months after.

It really is meant to be a process mindset over a results mindset because that to me is what change is about. Change is meant to last.

Why Do We Have To Fight?

Willpower has its purpose but is it everything? When I think of will I think of fight and I think that is something that we sometimes need but certainly not all the time. Healthy outcomes usually come as a result of peace. A creative individual is at their best when their process is unforced. Your best workouts occur when you are primed to get in the gym.

Will may push you when you absolutely need to be pushed but will needs to evolve into clarity, integration of process, education on process, and eventually enjoyment of process even though it may not always be perfect. Pursue peace before you get tired of fighting.

Too Much Success Gazing And Not Enough Trailblazing

There is absolutely nothing wrong with looking for insight into what has worked for others but eventually it does come down to you. You are your own system and if you're only following the success stories of others at the expense of your own system's requirements it will only get you so far. 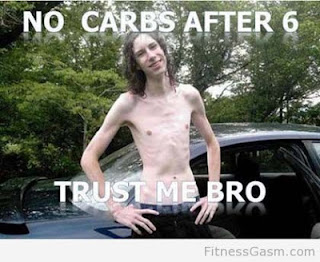 Information is a great thing but it is meant to be information. For information to work it needs to be acquired, processed, filtered, and independently tailored to fit a desired outcome. Fitness is certainly no exception.

Results Are The End Game. But Is It Ever Really Over?

I interviewed a client a number of months back for a post titled The Body In Flow. To this day it has been one of my favorites because we have a lot in common. Both the same age and both trying to chase our passions. Jarrod was able to release his first solo electronic album this past week and I was able to attend his release party this past weekend. I asked him what the next move for him was and his answer was make more music. Best answer ever.

In fact the one thing that he had commented on was how much releasing a record has sidetracked him from making more music.

If there is anything I can say about results is that what may start out as red carpet expectation for completion is that it is often overshadowed by completing goals before even recognizing they were completed. If anything original goals are either shattered or upgraded throughout nourishing the process. It really doesn't stop and that really isn't a bad thing.

By the way the album kicks ass and I mean it. Nothing coming my way for this plug I just really enjoy it. You can get it Here.

Not to mention I thought the album title is quite fitting for the topic.

I'll finish by saying that the process is meant to be enjoyed. It provides its challenges and it tests patience but it all happens for a reason and I think we need to embrace that.

I am beginning to count down for a Holiday break after going hard for the past few months and have to say that looking back it's been a fun ride. Between being in the gym, the classroom, Dinos Baseball, travelling, and plugging away at this blog when I get the chance it has all been a blast. For those of you who have been a part of it in any way thanks for being a part of my own personal process and for making me better at what I love to do.